The visual for Álvaro Díaz’s single “Miles de Mujeres” ft. Randy Nota Loca has just dropped and I know it’s one all of the ladies have been looking forward to! 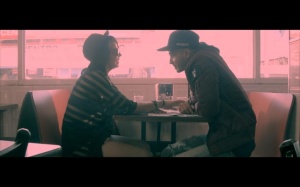 If you’ve heard the song then you know it’s all about having that Bonnie & Clyde type relationship with your ride or die chick and that’s exactly the story director Shoury Santana told in the video. Inspired by the movie Pulp Fiction, the video starts out in a diner where you see Álvaro and his girl plotting, quickly after it goes into the duo running a series of robberies with Randy Nota and his lady ready in the getaway car. At the end they get caught but stand firm next to each other and that’s what it’s all about, having someone who is down for you not only in the good times but when shit gets real too! I appreciate the vintage touch Shoury put on this video, it’s the perfect compliment to the plot line. Overall a dope video! Peep it below!

Álvaro and his crew LV CIUDVD are having a great year. Díaz recently came out with his EP HATO REY which includes all of the songs that are currently up on his soundcloud page   ( https://soundcloud.com/yoalvarodiaz .) 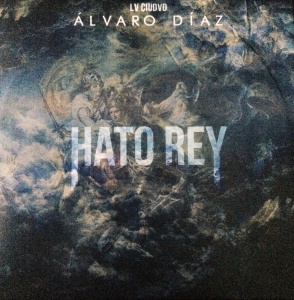 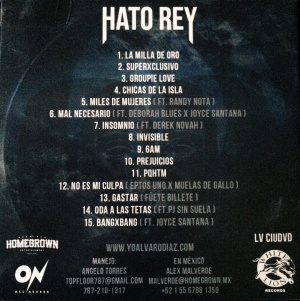 One of the tracks “La Milla de Oro”, produced by LV CIUDVD’s very own Caleb Calloway and Young Martino, made Remezcla’s Top 30 Favorite Songs of 2014.   The popular latin music site praised him for his grind and potential and for trying to do his own thing instead of just becoming another clone. I believe that’s what makes him so special as an artist, he’s influenced by others but doesn’t try to imitate them, he’s 100% Álvaro Díaz!

Trying to pick my top 5 songs out of the 15 tracks off the EP is so hard because they’re all legit so good. Álvaro offers a little bit of everything to his fans, he’s got the grimey bad boy music with P.Q.H.T.M and Bang Bang ft. Joyce Santana but he also shows his vulnerability/love for the ladies with Insomnio ft. Derek Novah, Chicas de la Isla, and Mal Necesario ft. Deborah Blues and Joyce Santana.

I’m so hyped for Díaz Buenos Díaz Malos to come out in Spring 2015 because I know it’s pretty much going to be HATO REY on steroids and I would expect nothing less from Álvaro and his team!

Be sure to check out everything Álvaro Díaz and his crew are up to on their sites!