Just like every Thursday for the past few weeks, Álvaro Díaz’s fans were anxiously awaiting the release of a new single yesterday afternoon. For this weeks #JuevesdeLvCiudvd, Díaz was set to launch “Mañana” but he had a little surprise for his fans. At 5pm, instead of uploading the new track onto his soundcloud page he published a P.S.A.letting his fans in on some exclusive news:

In the P.S.A, Álvaro explains how he cannot release the record yet because the single is set to premiere on the radio station “La nueva 94.7” on Saturday, October 25 at 9pm; at that time it will also enter regular rotation on the station. Álvaro Díaz and his crew LvCiudvd have been working hard on making their dreams become reality and it’s safe to say all that hard work, sacrifice, and dedication is paying off.

Nigga you made it!!

For those of you that are not in Puerto Rico and don’t have the chance to hear the song on the radio, it will be available on soundcloud and iTunes on Monday, October 27. And if you need your “negrito con actitud” fix before then check out the track P.Q.H.T.M (Por Que Hablan Tanta Mielda) released last Thursday. This is the perfect joint for you & your crew to ride around to, it’s also pretty good motivation for going hard at the gym! 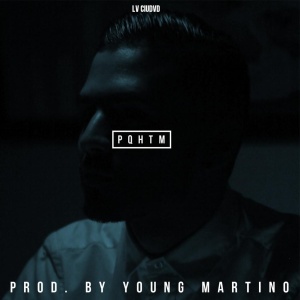 For the haters: Stop talking shit & put in that work! 😉